The Dell Dimension 9200 is an old PC by all measures. I bought mine in January 2007 and it has served me well. The processor is the Intel® CoreTM2 CPU E6400 @ 2.13GHz, which was state-of-the-art at the time of purchase. It came with a 380 GB disk and 2 GB memory, installed with Windows XP and with a free Windows Vista upgrade.

Over time, it has been improved. I opted out on Vista, but immediately had to purchase a Firewire adapter, that I needed for my Canon DV camera (yes, video cameras had tapes back then). In 2010, it was upgraded to Windows 7 Home 64 bit. Now it supported up to 4 GB memory, so it was upgraded to that and the disk was exchanged with a 1.5 TB Seagate Barracuda 7200.

In that configuration, it laboured on until last year, when my increased use of VirtualBox started to impact performance. I looked around the Net and found that, contrary to Dell’s specifications, it should be able to support even 8 GB memory. So I bought 4 x 2 GB 240-pin DDR2 DIMM modules, with only limited success – it was obviously faster, but started to Blue Screen. The modules where returned to the shop with a full refund and I looked more carefully at what other people had suggested to be safe. I then bought four Corsair XMS2 Xtreme Performance DDR2 2 GB DIMM 240-pin (CM2X2048-6400C5) and everything has worked fine ever since.

Then came along Windows 10 and I registered for my free upgrade, only to be disappointed – the ATI X1300/X1500 graphics adapter is not supported by Windows 10. 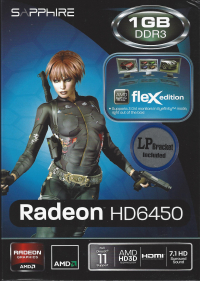 Back to Googling and I found that the Radeon HD6450 series should work fine with the Dimension 9200 (and its limited 375 W PSU), so I bought myself a Sapphire Radeon 6450 1 GB DDR3 with support for three monitors and sporting both DVI and DisplayPort connectors. At the same time, I bought a 250 GB Samsung SSD 850 EVO to further enhance the performance.

The current set up is:

BitLocker Disk Encryption is available in Windows 10 Pro, but the Dimension 9200 lacks the modern type BIOS that allows secure storage of the encryption key. It can be activated by performing a little operation Windows Registry Keys and then you will have to either enter a password/passphrase at boot time or have dedicated USB key with the encryption key inserted in the computer at boot time. I prefer the passphrase, because USB keys tend to fail over time.

This site uses Akismet to reduce spam. Learn how your comment data is processed.